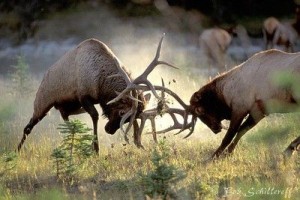 I’ll be the first to admit that I wish there were some magic pill or creme that would revolutionize the masters athlete’s ability to train, recover and adapt. Recently, I had several athletes ask me about Deer or Elk Antler Velvet and what I thought about it. My general answer to any question surrounding supplements is always the same, rather boorish I guess, but true, “Start with a whole foods diet, dial it in with lots of protein, fats and carbs, eat organic as much as possible, get lots of sleep 8 hrs plus, drink lots of water and rest to grow and recover. Then, if you think you need something else for recovery, try supplements that have been tested, supported by the literature or you have had personal experience with and have seen results. But never use supplements to try and improve performance or recovery when you’re not doing the basics of getting good food, rest, sleep and hydration.

So, I don’t ever say don’t try this or don’t try that, unless we know it is harmful or it is based on complete hogwash or pseudoscience. (which many supplements are) So what about deer or elk antler velvet? First, you have to understand what my general approach is to all these things. I use an evidenced based approach which is similar to a 3 legged stool. Each leg is important in supporting the stool. Not one, two, but three legs. If there are three legs to hold the stool up, all the better. But if there are only two legs, not so favorable, and if there is only one leg, it doesn’t have much to stand on. Get it!

Here are the three legs of the stool; 1) research, journal articles, meta-analysis, case studies, etc…2) Clinical and personal experience and anecdotal evidence 3) Value and experience of the end user. As a disclaimer, there are many homeopathic and natural agents that have been known to aid in healing or treating many medical and general health problems. Some have been studied and some have not been. All we know though, is what we know. If a particular supplement or agent has not been studied extensively, there may be scant evidence at best. This doesn’t mean that it doesn’t work, we just don’t have the science to prove it does or doesn’t.

Deer or elk antler velvet is crushed antler that is orally consumed for preventative health purposes. Its origin stems from Traditional Chinese medicine. According to the empirical literature, it does not appear to influence hormones and is currently not supported for muscle repair or recovery. It may aid in skin regeneration rates.

Increasing Hormones – not supported by the literature

Improving Performance – not supported by the literature

Improving Athletic Recovery – not supported by the literature

Dosage: Due to a lack of human evidence to support its use or benefit, an optimal dosage cannot be established. 500-2000mg per day appears to be most common in the literature.

There has been some conversation that antler velvet may have anabolic properties but this is unlikely due the low dosage levels, lack of evidence and the administration route. Even though antler velvet has growth factors, they appear to be in too small of quantity to have any bioactivity.

There is some promise with the use of antler velvet for the production of bioactive peptides and as an immunomodulatory agent to support bone healing and reducing tissue inflammation. More research needs to be done to further validate.

I know that there are games and elite athletes that are reporting an improvement in performance and recovery with the use of this product, but according to the existing body of knowledge, there is nothing to support their claims. Some would say that their performance supports their claim. It’s just not that simple…more study required…